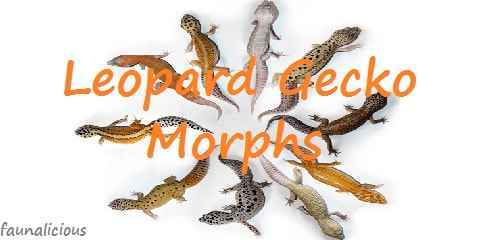 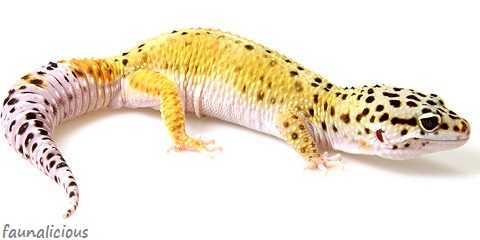 High yellow is the rare one found between a hundred wild types of the leopard gecko. As you might read it correctly, this type has darker color of the yellow but it provides less black spots. 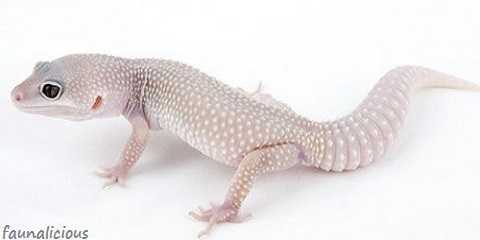 Blizzard type of the leopard gecko has the white, purple, and also yellow. It is often referred as the Midnight Blizzard which have eclipsed and also black eyes. 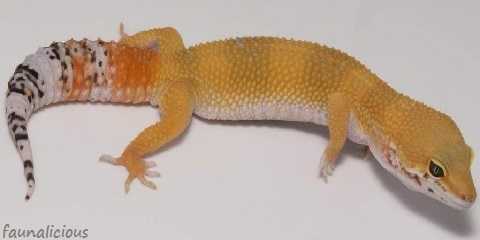 Carrot tail is another morph of the leopard gecko which has the color of orange in less percentage especially in the area of the tail. Sometimes people wrongly categorize the pet either in carrot tail or in tangerine because it looks quite similar to another. 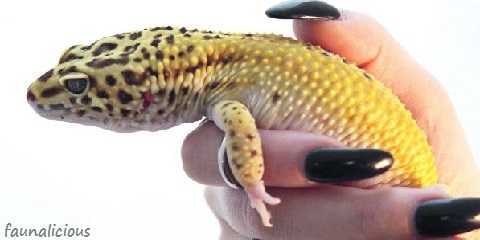 As it has been previously mentioned, tangerine gecko contains 80% orange all over the body while carrot tail has the rest percentage of the orange color usage in the body. 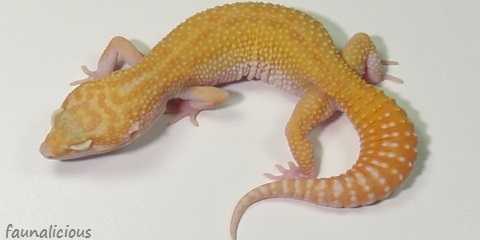 Raptor is the abbreviation of the Red Eyed Patternless Tremper Orange. This is the albino type of the leopard gecko. It has orange body with the red eyes. In fact, it has no spots all over the body. It is just the orange skin with the red eyes. 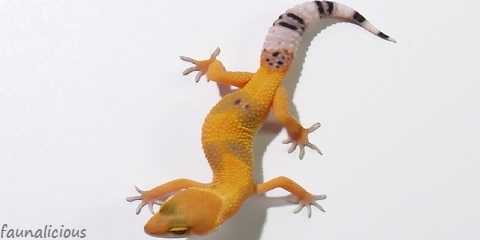 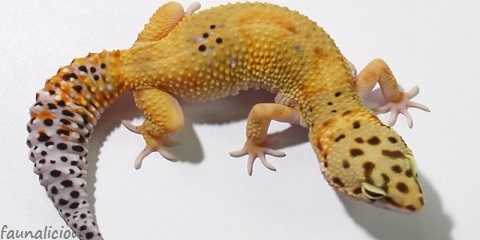 Different from the hypo melanistic, this type has the dark pigment of the body but it is not the black one. It is a kind of color mutation in the light color pigment. You can still see some spots but it is darker than the wild type.

The morph of the leopard gecko that has the pattern of the bold head is called the Halloween Mask. It changes and develops based on the size of the body from the hatchlings to adults.

Which one do you like the most from all of these leopard gecko morphs?