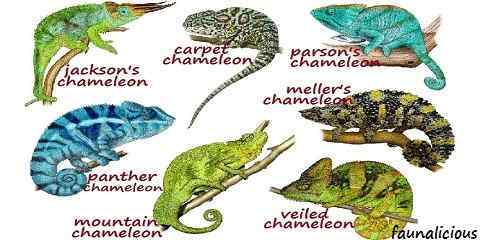 How many different species of chameleons do you know? There are so many types of chameleons which can be good considerations in choosing one of them as pet. In fact, this kind of reptile requires detailed care and high maintenance especially the rare species would need more care and more maintenance.

When you put aside their maintenance, they will be under pressure and it will affect their health (see chameleon lifespan). Thus, you need to take a great care of this kind of reptile as your home pet.

Here are some various types of chameleon. By figuring out these types, you will be able to differentiate which chameleons you have at home. 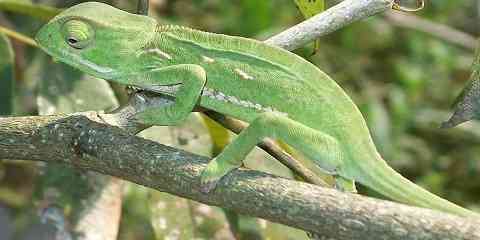 Flapneck chameleon has its origins which are in central Africa and all southern area of Africa. How did this chameleon get its name? This chameleon got its name as they have large flaps which occurred in both side of their upper neck which can extend when they want to make predators scared of them. Their body has the combination colors of yellow, brown, light green, and the light stripe which extends the whole body. 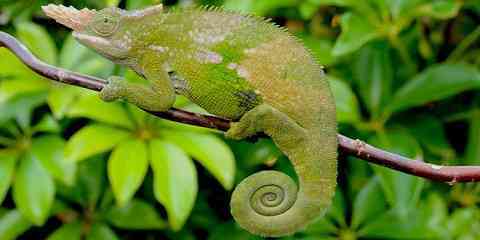 Fisher’s chameleon is another unique type of a chameleon but this chameleon is quite rare to be sold in pet stores or chameleon stores. Sometimes people will miscode this chameleon with other chalemeons such as two horned chameleons of Mount Kilimanjaro, West Usambara, Vosseler’s Usambara, and also East Usambara. It is because they have the same amount of horn which is only two, not three. Food: roaches, crickets, giant meal worms, mice (see what do chameleon eat?). 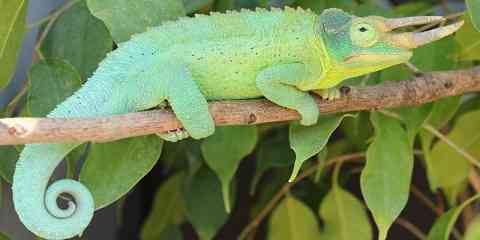 Jackson’s chameleon has the highest fans all over the world. They have different colors and shades based on the mood they have. If they feel calm they will have the green colors from soft to dark one. In contrast when they feel angry or mad, they will have the darker colors from black to be blue. It is a type of chameleon which is good for a beginner. Food: small insects. 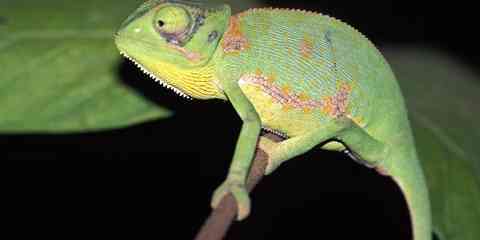 Another type of chameleon is graceful chameleon. It can be found in Ethiopia. This type has the colors of green, brown, and yellow with lights stripes on the sides. The length could be around 12 to 15 inches. 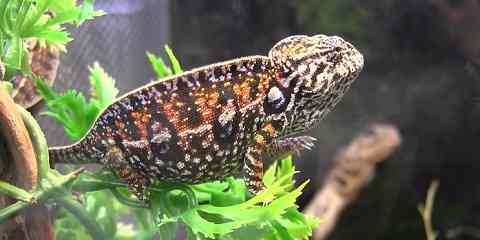 This type of chameleon is popular in Madagascar. It has its length between 5 to 8 inches which is quite good for a home pet. The main color of this carpet chameleon is yellow and also green. Besides, it has the shades of blue that can be found in the area of feet and also eyes. 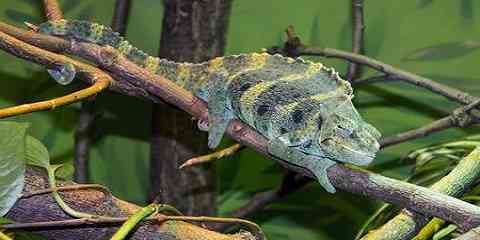